New rules for the transfer of rights bidding round

Following criticism from oil companies, the Brazilian government released this Friday new rules for the transfer of rights bidding round, scheduled to November 6th. Now the reimbursement due to Petrobras for the investments made in the awarded areas will be considered “oil cost”. This means it can be deductible from the government share in the production sharing agreement.

The bidding round will offer the surplus volume in the development areas of Atapu, Búzios, Itapu and Sépia, in Santos Basin. The auction is expected to raise R$ 106 billion (US$ 27,5 billion) in signing bonuses.

Brazilian government decision comes after a public consultation end up revealing oil companies’ hesitation on the transfer of rights bidding round.

Guidelines for the auction were set by Resolution No. 02/2019, which provides for the execution of a new co-participation agreement with Brazilian NOC Petrobras and an exploration and production agreement under the production sharing regime with the Brazilian government.

Petrobras, Shell, BP, Petrogal and Instituto Brasileiro do Petróleo (IBP) have stated concern with the co-participation agreement during the public consultation among others things. Their inputs warn about legal uncertainty, lack of information and ask for more time to discuss the rules.

On Tuesday, Brazilian government issue the first changes to the Resolution No. 02/2019 stating that the reimbursement due to Petrobras for the investments made in the awarded areas would be determined in the same date as the co-participation agreement signing. And only after Brazilian oil regulator ANP approval. Modifications on the resolution were published in the Diário Oficial da União (Official Gazette). 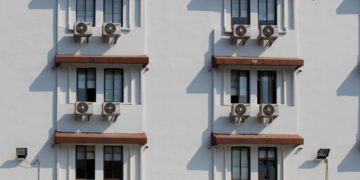